By admin
Posted June 27, 2020
In Behind The Beat, Producer
Behind The Beat: Watch Grammy-Nominated Producer K-Drama Make A Beat Using Our Sample Loops.2020-06-272020-08-27https://beatbakeryloops.com/wp-content/uploads/2019/03/logo.pngBeat Bakery Loopshttps://www.beatbakeryloops.com/wp-content/uploads/2020/06/b_w1sicmvzaxpliiwymdawxsxbim1hecjdlfsid2uixv0.jpg200px200px
0

You may or may not have heard about producer K-Drama, but he’s definitely someone you should check out! K-Drama is not only a phenomenal rap artist, but also a remarkable music producer. In 2008, he produced a track for Rap Artist Lecrae on his “Rebel” album. This album received a Dove award & Stellar nomination.

In that same year, he also produced on the grammy-nominated album “Our World Redeemed” by Rap Artist Flame.

In 2015, he won the 6th annual Rapzilla Beat Battle event.

Recently, K-Drama sat down with one of our sample loops and made a DOPE beat 🔥 from scratch. The loop he used was part of our free sample loop pack Just Vybez.

Check out the video below:

About Us
We provide the best quality sample loops used by producers all over the world.
Quick Links
Copyright All Rights Reserved © 2020
Contact Us

We're not around right now. But you can send us an email and we'll get back to you, asap. 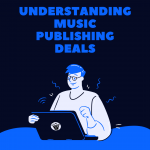